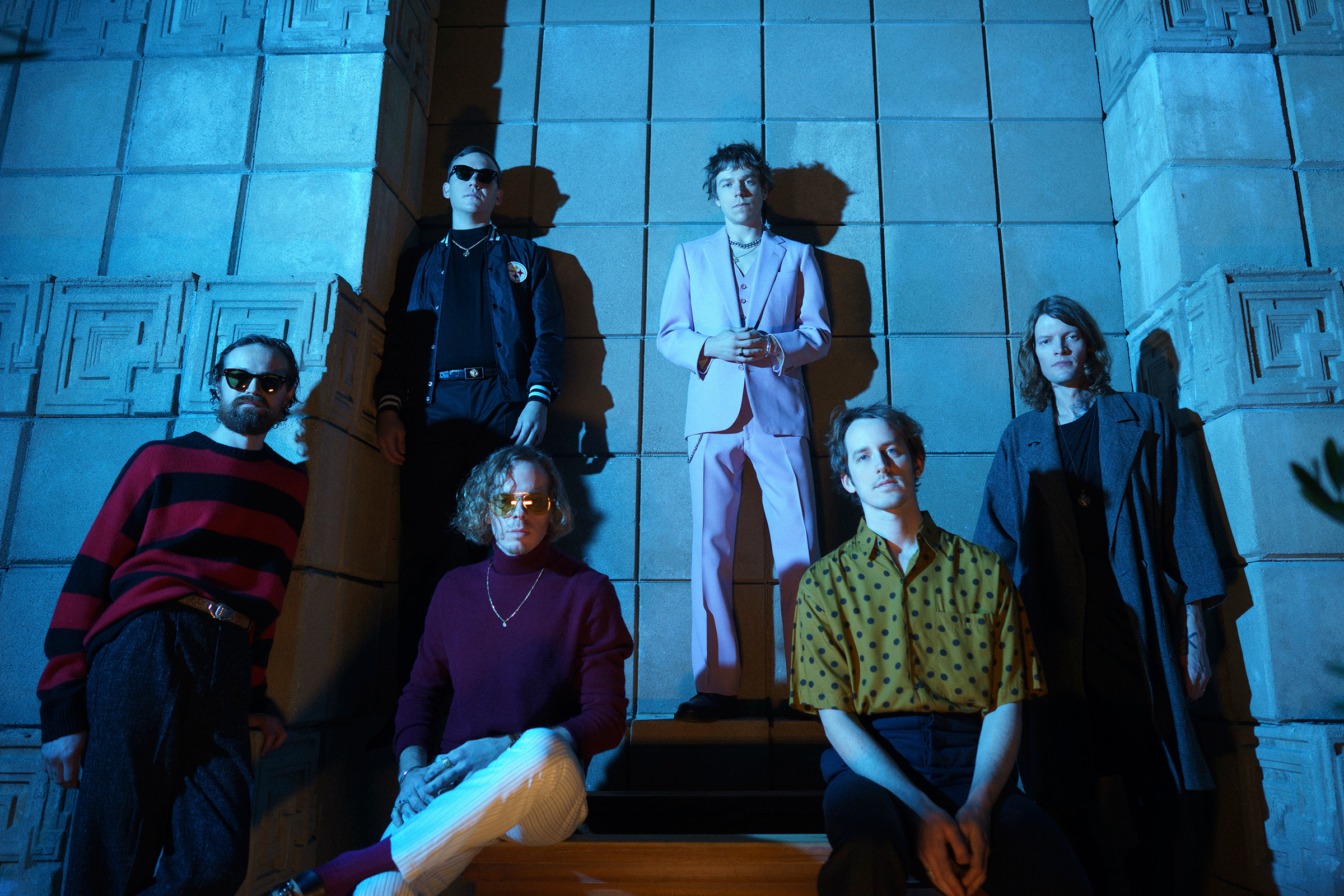 Middle America Alt-Rock stalwarts Cage the Elephant follow up on 2015’s Tell Me I’m Pretty with Social Cues, a procession of personal themes loaded with a range of sounds. This radio-friendly collection rounds out their discography and will provide a new backing as they embark on their co-headlining tour with Beck this summer.

It is said that fashion trends are repeated every 20 years, this is confirmed with Matt Schultz sporting the album covers' red latex body suit in the new music video for “Ready To Let Go” which had to be dusted off from 2000’s Brittney Spears’ “Oops!... I Did It Again”. Featuring an jarring expression of a wedding day, moving from ceremony to cake sharing and finally the wedding night complete with gruesome details along the way. In an interview with CBC, Matt Schultz noted that the inspiration for “Ready To Let Go” came to him when he was on a trip in Pompeii, Italy with his now ex-wife Juliette Buchs when things were starting to unravel between them. In addition to marital collapse, his cousin passed away in the same time frame, they were very good friends growing up and on top of all of that, another one of his friends took his own life. As he arrived in the ancient city with all these tragic events happening in sequence, Matt felt frozen and encased in ashes much like the very visible victims of the notorious Mount Vesuvius Disaster. With regards to his marriage, he expressed "There are times in life where you worship the idea of being in love, much more than maybe loving the person you should be loving”, this is echoed on both “Ready To Let Go” and “Goodbye”.

In the past, Cage the Elephant had shared the bill with Beck, forming a friendship that aided a pair of collaborations on Social Cues. Beck’s Father David Campbell, world renowned composer who has worked with an endless list of musicians over the years contributed the string arrangements for the album. Cage the Elephant also reached out to Beck himself to be featured on Night Running, it was this inclusion that helped shape their forthcoming co-headlining tour(link) that spans all Summer. Fans are can be assured that a special shared,live performance of the track will be part of all shared tour dates. Night Running glides along with Reggae vibes, a sexy saxophone laden chorus and has Matt and Beck trading verses throughout. Beyond the co-headlining tour that anchors the band this year, they are also featured on many North American and European Festival lineups. Matt admitted that Festivals are very different than your own tour as you are playing for people that may have never heard of you before instead of your own shows where most of your crowd is singing along to their favourite songs.

The title track offers a retrospective view on being in the limelight and the struggles that come along with it. Imagine being the front man of a popular rock act, for most this sounds like the ultimate dream, a wealthy life complete with endless extravagance. The darker reality about living as a musician is that they have just as much adversity to overcome as the rest of us and depending on the individual, sometimes more. You may have heard the saying “leave your personal life at home”, usually used in the workplace? This is where this track strikes a relatable note for fans, we are all expected to show up to work, put a smile on and get our tasks done on time no matter what is going on in our lives. Matt Schultz is oozing with anxiety and dread on this track, trying to live up to expectations day in and day out,no matter what he has going on outside of the public eye, he’s expected to display the same energy and effort for every album release and tour stop.

As Cage the Elephant escape Kentucky for the Summer, they bring along their liveliness and charisma to a long list of venues and festivals. Matt Schultz will turn his focus to slowing down the emotional wheel that has sputtered out of control as a result of his divorce, pain and anxiety that has surrounded his life in recent years so that he can bring his drive and energy to his long time fans, giving them what the have come to expect after 11 years as a band.