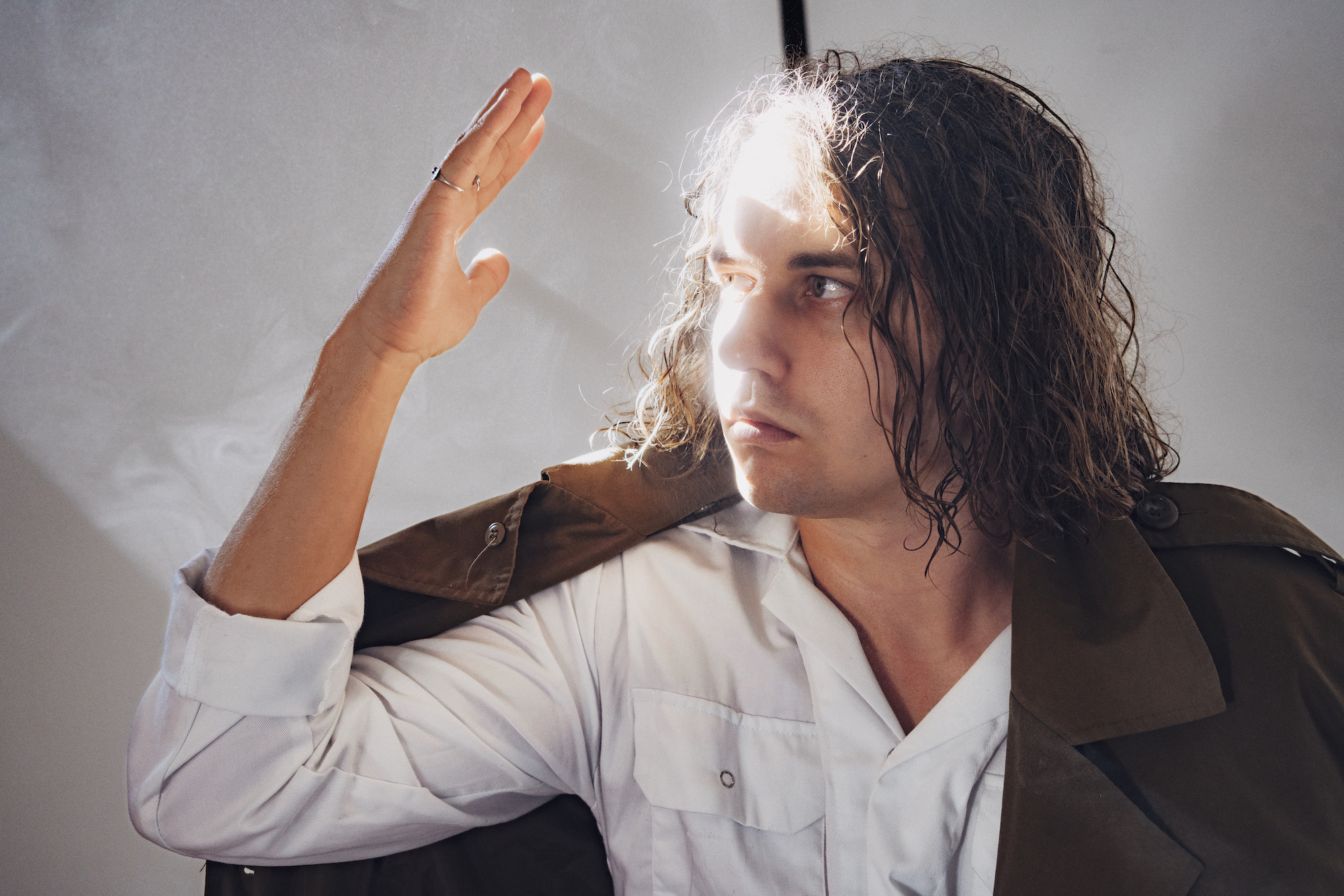 Kevin Morby pushes the pulpit aside on Oh My God and stands behind his guitar instead touching on mortal fear, the seven deadly sins, death, and beyond in a cohesive journey of holy imagery.

Beyond the lyrical substance of good and evil, the firm use of the piano, organ and choir lends ambient energy and transports you to the nearest Cathedral, raising your hands to the sky in a gospel celebration. With a cascading piano entrance, “Oh My God” unloads a heavy burden, submits to the creator and is carried home with a series of jubilant saxophone praises. Later, we are treated to a knee-shaking extended version of the title track with “OMG Rock N Roll”, comparing mass shootings to a plague of locusts as he recalls a verse from 2016 single “Beautiful Strangers” verbatim, he sings a message that this rampant issue was just as much of a problem then as it is now, several years later.

The toe-tapping, hand-clapping single “No Halo” focuses on the youthful attitude that accompanies the delights of childhood experience. Kevin paints a picture of the carefree adventures he had growing up with “when I was a boy, no rooftop on my joy”, an age where right and wrong are closer to suggestions, leading to a fun-filled time-lapse of slowly learning from your mistakes as your moral compass begins to lead you through life. This track is sure to get affirmation from live audiences as Morby belts out “hey, hey, hey, no, no, no halo” for everyone who wasn’t an angel while growing up to join in on in fellowship. Childhood reflection is reverberated in “Nothing Sacred / All Things Wild” as he recalls innocence, young mischief and the religious foundations that are laid down and applied by parents, becoming more of an expectation rather than a self-guided spiritual journey.

As this album finishes off with the secular hymnal “O Behold”, the audience is left with some closing thoughts on existence, doubt and surety. “Where does the baby bluebird go when she dies?” what comes after life on this earth? Instilling some ambiguity with the heavily repeated “horns from my head, wings from my shoulders”, this could be an indication of the good and bad within himself and all humans, a devil and an angel wrapped into one. He could also be alluding to his own evil within and the wings are that of the airplanes which he is aboard in this song. Despite some spiritual doubt there is some whimsical images, “…flying above the weather” speaking to the ethereal notion of climbing to the cruising altitude, ascending away from the turbulence of this world as you push through the clouds. Continued with singing the contentment he has found behind the music in his life as an artist “…oh behold the hole in my guitar, I’m safe with you in my arms”, the peaceful cornerstone in his life.

Kevin Morby preaches to the choir as he places Oh My God in the offering plate with this celestial concept album. Emphasizing biblical motifs throughout the album, he traces back to his own bible-belt upbringing, alluding to the fears and doubts of his successive adulthood all while scorning the widespread gun violence that has plagued America for some time.