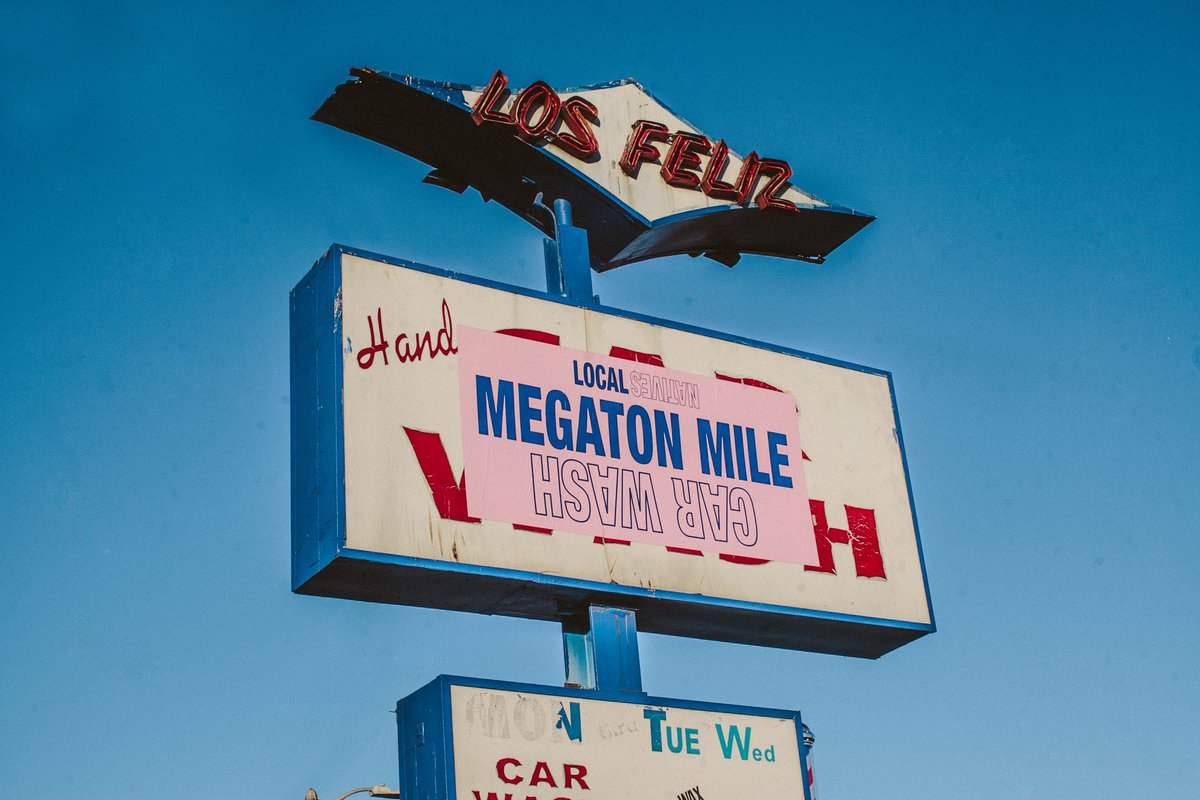 Local Natives put a spotlight on the highs and lows of relationships in the Los Angeles bands melodic fourth release Violet Street.

Taking a trip up the California Coast, buzzing with the simple joys of the honeymoon phase of a new relationship “When Am I Gonna Lose You?” lays down beside a sobering feeling of a “…too good to be true” or “pinch me I’m dreaming!” scenario. It’s easy to remember the early beginnings of relationships, thinking they were nothing but carefree exhilaration, but this supports the belief that even a new relationship may come with its share of insecurity and doubt no matter how bad you may want the feelings extended into a long-term commitment. Later in the album we see the struggles of a more matured connection with “Someday Now” telling a story of a mismanaged work-life balance leaving a trail of impatience and unhappiness, they are together in the literal sense but “far enough to flee”. Both halves are divided, one is in pursuit of goals and dreams while the other needs to feel like the priority; if they've come this far, what’s a little more time?

With the catchy piano-driven lounge groove “Café Amarillo”, Local Natives seek comfort under the umbrella of human connection as “there’s no shelter without you here”. With references to the unnerving conflicts the world is currently facing as “the headline crawls across the screen”. Lead vocalist Taylor Rice drives home the idea that surrounding ourselves with people we care about can help us overcome the worst thoughts and feelings.

Amid the abundance of SoCal imagery on Violet Street, Los Angeles lays waste in “Megaton Mile” as “seagulls swarm on the railroad” and the boundless arteries of concrete are littered with “abandoned cars on the freeway”. With a play on the LA landmark “Miracle Mile”, “Megaton Mile” suggests nuclear destruction, a man-made end of the world for the entertainment capital of the world rather than an apocalyptic scene with “no alarms or pale riders”. The eerie vision of Angel City in ruins is redeemed with “Garden of Elysian”, reflecting on a past relationship and imagining what could’ve been; a past night spent laying together in Elysian Park over Dodger Stadium with youthful vigor of optimism.

Through a roaring collection of Coastal Californian imagery, Local Natives show a transitional glimpse of the current experiences the group is facing as they reflect on past and present relationships, speaking to the adversities and joys that surround them both.