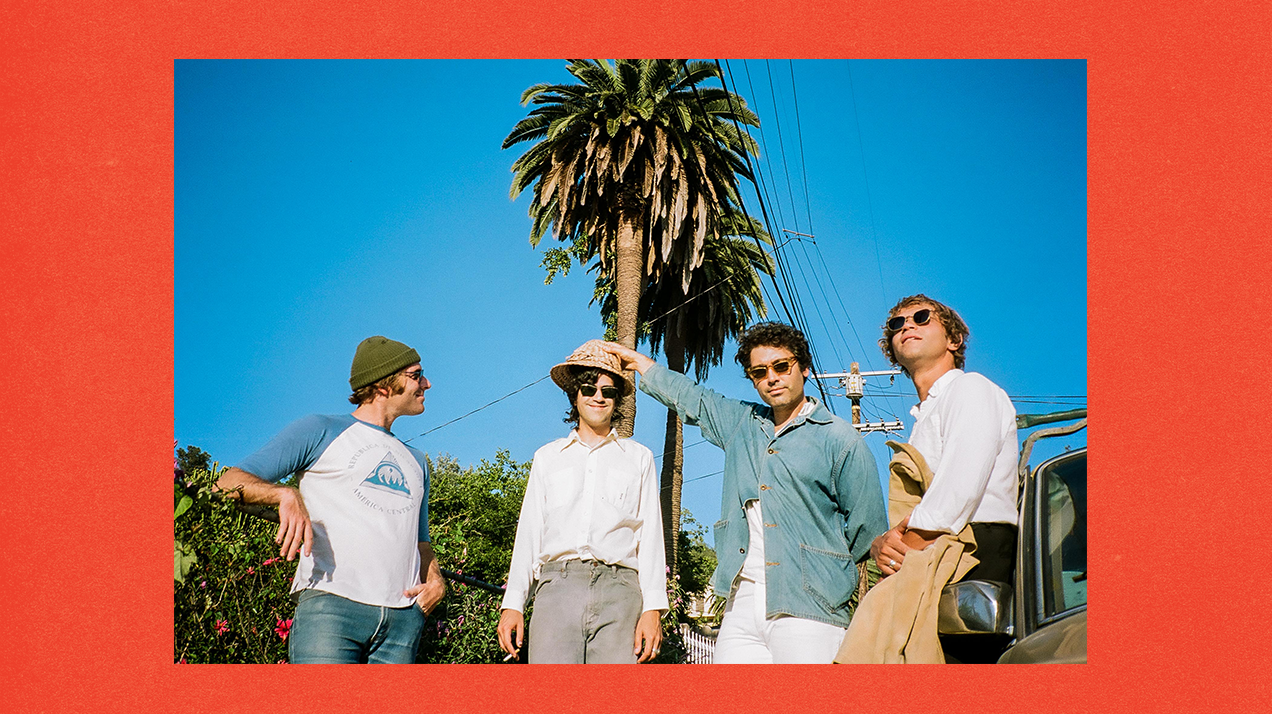 Like gentle rolling waves along an endless subtropical shoreline, the hazy tones rumble throughout the record, transposing listeners to a steamy 44-minute equatorial vacation.

After three years, Allah Las are back with their fourth studio album LAHS. Like gentle rolling waves along an endless subtropical shoreline, the hazy tones rumble throughout the record, transposing listeners to a steamy 44-minute equatorial vacation. Summer may be long over but with this October 9 release, Allah Las create a micro Indian Summer, further progressing the familiar SoCal surf rock sounds of their past efforts.

Featuring more languages than any other album that isn’t some sort of international compilation across the catchy, guitar bending “Prazer Em Te Conhecer” (Portuguese), “Royal Blues” (Japanese) and the solemn acoustic closer “Pleasure” (Spanish), LAHS provides a well traveled mixture of language and inspiration. The foreign destination theme is further backed by the album art, showcasing a collection of inked passport impressions and a few tropical backdrops.

Allah Las are no strangers to twangy guitar-bends and “Keeping Dry” sustains this. Featuring an abundance of similes, creating a robust collection of imagery; this was a clear standout of the album. Rounding out the Island Time feel of the album, “Houston” concludes with a slow and steady, peaceful instrumental track, winding down the album.

Despite being stretched out by a few instrumentals, thematically this 13-song album is delightfully consistent throughout. Whether you listen to remember warm weather gone-by or use it as background music at the resort pool while on vacation somewhere hot, this album is appropriate for both scenarios.