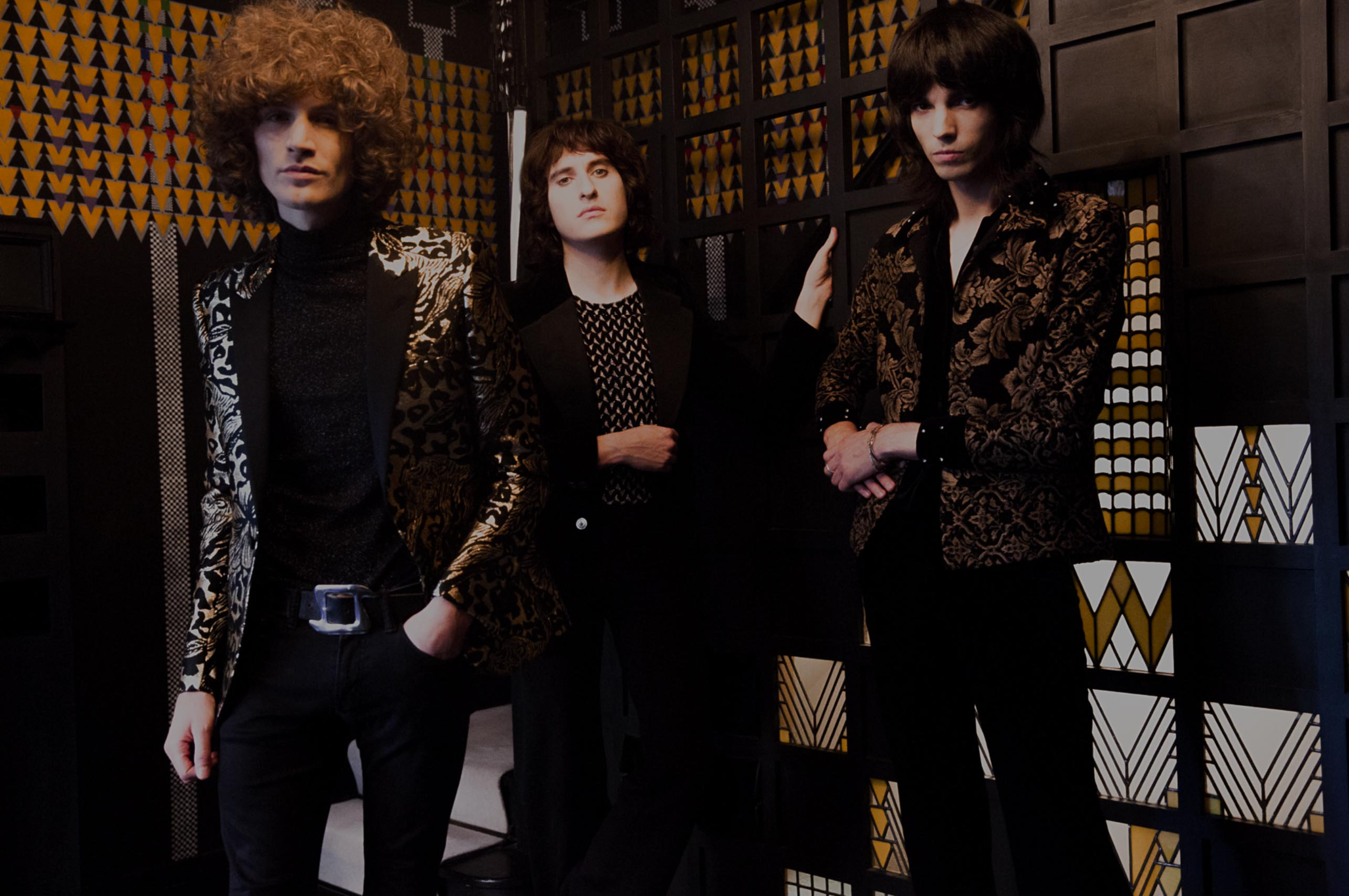 Temples return with their third studio album Hot Motion, their most stripped down, guitar forward release to date.

Temples return with their third studio album Hot Motion, their most stripped down, guitar forward release to date. With several EP’s and three studio albums spanning seven years, Kettering, England’s Temples have become a staple in the Neo-Psychedelic music scene. Boasting the technical musicianship that fans and critics have become familiar with, sonically Hot Motion is nearest and dearest to their debut album Sun Structures with soaring vocals, spaced out, echoing drum ensembles and playful melodies.

The title track, and uproarious lead single "Hot Motion" builds quickly upon its own finger tapping foundation with an excitement sustained by James Bagshaw’s eclectic vocal range leaving the albums opener with a strong sense of psychedelic promise.

“You’re Either On Something” has unfussy resonance shaking hands with comic relief as presumably banned substances take over the mind and evening in this foggy recollection of past experience. This is of course the most clear-cut track of the album in terms of lyrical interpretation as the rest of the collection is presented as a shallow, mysterious of procession of surrealist imagery. Lyrically, this album’s restorative qualities are without a doubt the wittiness, featuring lines such as “I sold the night, to daylight savings time” from the spread out, centerfold track "Context" or “…please outstay, your welcome for the day”  with elegance in "Not Quite The Same".

Don’t miss out on “It’s All Coming Out”, featuring a showcase of Temples signature ‘70’s Psych-Rock prowess, fuzzy guitar riffs, all tied together by a feel-good melody. Overall, a quirky coupled with catchy attempt by the British rockers, leaving an abundance of optimism for future albums and live shows. Catch them on a North American tour in early 2020.