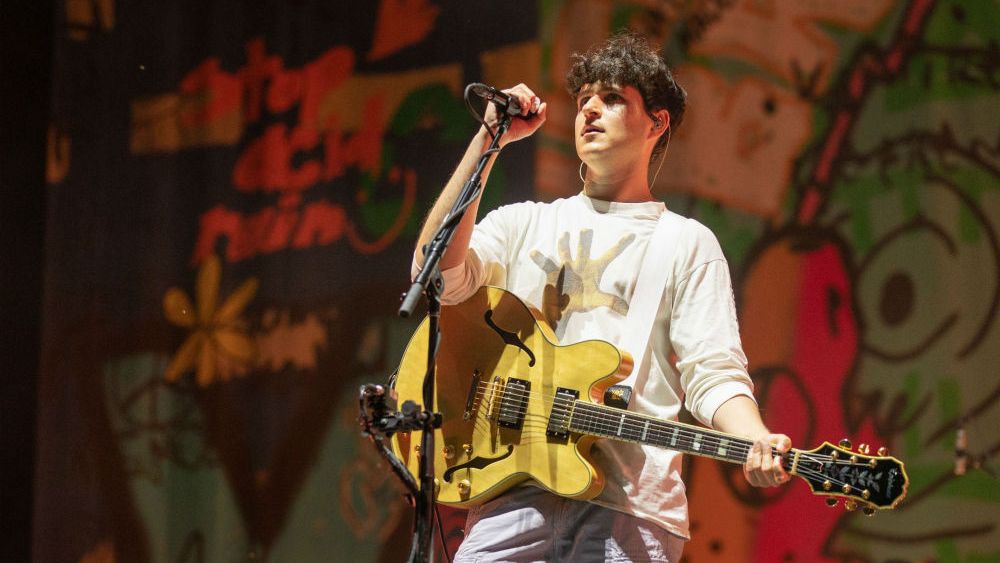 A lot has shifted since the release of Modern Vampires of the City in 2013, Baroque-pop powerhouse Rostam Batmanhlij left the band to pursue musical production, releasing his own solo album Half-Light in 2017, Bassist Chris Baio issued a pair of solo records under the name of Baio, and drummer Chris Tominson worked with Patrick Carney of The Black Keys to release Youngish American under the pseudonym Dams of the West. The most active of the band was singer Ezra Koenig, collaborating on numerous musical projects, writing and producing an animated show featuring Jaden Smith, hosting his own radio show and welcoming his first child along with girlfriend Rashida Jones.

Father of the Bride welcomes Vampire Weekends’ very first features, exploring new directions and perhaps, filling the musical void left by Rostam. Danielle Haim shares the mic as the album opens with “Hold You Now”, a steel guitar loaded flashback to the country music of many decades passed. Continuing the southern sound, Danielle joins on “Married in a Gold Rush” and finally the unifying love song “We Belong Together” to complete a trio of twangy relationship themed duets. Additionally, Steve Lacy from California hip hop group The Internet joins Vampire Weekend on back-to-back tracks “Sunflower”, an optimistic roller coaster of bass scales and vocal ranges and “Flower Moon” discussing album delays and Spanish drinks “Coca-Cola and red wine”, calling back to “Horchata” from their Sophomore album “Contra”. Reflecting on his personal experiences, “This Life” reinforces that all relationships have struggles and aren’t always the positive experiences we may imagine. Offering a glimpse into his current life, Ezra announces his commitment to Rashida Jones, there is comfort in this relationship and he’s happy that his single days are over.

Featuring an animated mother-earth on the cover, themes of global warming and Earth itself recur throughout the album, “How Long” targets the political neglect of global warming and rising ocean levels comparing President Trump’s term to the nightmarish atmosphere that surrounds Halloween. Considering that Vampire Weekend were featured at various Bernie Sanders rallies in 2016, it’s clear that they share similar views to Bernie when it comes to climate change. “2021” continues the political tone, looking forward to the next presidential election, thinking about how much time still needs to pass until a new candidate could take office. The band ponders how they will be remembered by the time their next album is released, “2021, will you think about us? Copper goes green and steel goes rust” wondering if they will still be valued or if they will start to oxidize themselves. “Big Blue” offers a lo-fi praise to the ocean, alluding to the lack of understanding we have of the oceans beautiful expanse despite how comforting the water can be.

Through the many changes that this band has experienced both individually and together over the past six years, Father of the Bride builds on the early ivy league sounds and starts a new double length chapter.